How to Make It in The Music Business – A Reality Guide

If you possess extraordinary talent and work ethic, it’s not as difficult as you might think to “make it” in the music industry in some way or another, especially if your expectations are aligned with your level of talent and determination. There are, however, some basic rules that need to be followed. The truth is most people just aren’t cut out for it.

It’s good to start with the obvious – you do need to be exceptional at what you do. Practice as much as you can (See Malcom Gladwell’s concept of “10,000 hours”). You might be the best in your town, but you aren’t only competing with the people in your town, you are competing with the best musicians in the world. Are you as good as the top players in your field? Probably not yet – keep practicing until you are. Good enough is never good enough.

2. Consider Relocating to Where a Thriving Music Industry Exists

The personal histories of many successful artists often include relocation to one of the celebrated epicenters of the music industry.  This wasn’t always the case – you could be a part of a regional scene such as Seattle (Grunge), Detroit (Motown), Orlando (Boy Bands). These days, as labels have become increasingly more risk-adverse with smaller staffs, you do often need to connect with industry gatekeepers in their own backyard. Even artists “discovered” on the Internet generally end up moving to where experienced producers and other professionals live. Proximity matters.

If you really want to have a chance at doing something big, consider moving to  New York, Los Angeles, Nashville, London, Berlin, etc.  where record labels and large communities of musicians, producers, etc all live and work.

Moving to the big music towns is not without its challenges – you do have considerably more competition. Hey, no one said it would be easy.

Most artists have to compromise a little in the beginning. You have to be open to playing the game a bit in order to find potential partners and collaborators. If artistic integrity means only and always saying no, you will find your audience is fairly limited. I’m not saying you should compromise too much of your artistic vision, but you should be open to new ideas and less-than-obvious collaborations.

Quick example of what I’m talking about: Celebrated pop star Pink made an R&B album for her debut – this is the album her label (LaFace Records) wanted her to make. After she established herself as a successful artist, however, Pink hired her own producers /writers and developed her sound her way. She was able to do it because, through her own hard work and ability to play the game, she earned the right to do things 100% her way. Success earns you that right. Have you earned that right yet?

From my own experience, I’ve offered several talented unknown artists the opportunity to create music with me for movie trailer placements on behalf of one of the world’s largest publishing companies. I am always amazed that I encounter a great deal more “no’s” than “yes’s” from artists that truly have nothing else going on in their careers. The usual objection? “I don’t do cover songs.” This, despite the fact that my last sync placement working with an unsigned, unknown artist earned them $15,000 – money they used to fully finance and record their album.

Don’t wait to be “discovered” by a label or for someone important in the industry to happen upon your YouTube video. Nothing attracts success like previous success.  If you haven’t accomplished anything on your own, you will not be taken seriously by anyone in the position to further your career. TAKE CHANCES, especially early in your career.  You do not know everything yet. In fact, 10 years from now you still won’t know everything.

Also consider providing your services free of charge if you have the opportunity to collaborate with someone that you can learn from.  A lot of successful artists grew together as a team with a small, trusted group of producers and managers that all collaborated early on in their careers where money was not exchanged – the work was done on the prospects of potential future earnings based upon exceptional work.

You probably don’t try hard enough, and this is true for 99% of musicians.

Have you ever enthusiastic ally discussed an artistic collaboration with a producer or writer, but it just died before it got off the ground? Maybe you didn’t have time?  Were you  too busy working or meeting friends?

The times in my life when I encountered something that I knew was good, I never gave up on it. However, I have seen many musicians suddenly disappear and give up on opportunities that could have propelled their careers forward.

You have a huge advantage if you are a go getter because a lot of musicians just aren’t.

5. Respect all people, not just the ones that you think can immediately help your career

If someone’s offering to give you their time (e.g. a songwriting session, a production collaboration), don’t cancel at the last minute with an obvious and lame excuse. It correctly sends the message that you don’t value their time.

Never disrespect people you work with – always arrive on time, call if you are running late, call if you absolutely need to cancel at the last minute and make sure you have a legitimately good reason. The industry is very small and these obvious displays of not respecting others’ time have a way of catching up with you. Your lack of professionalism will be noticed.

In general, treat your music like a business and respect others in your field.

I know this is hard sometimes, believe me, some people are truly assholes, but word travels fast. If you’re in a conflict with someone, outside observers may not understand your point of view; they may only see conflict.

Stay friendly and respectful no matter what. That doesn’t mean give up on your principals, but insist nicely. You’ll also find that you can resolve conflicts more quickly by keeping a level head and not losing your cool.

Before you begin production work, bring on a professional manager, etc., make sure everything you agreed to is put into a formal agreement.  Things can turn around in a second and friends can become enemies. When money enters the picture, it can cause some people to get greedy fast.

Furthermore, when sound recording and song composition rights are held by other parties, this is your opportunity to clarify who owns what. This is especially important if you’re using third-party samples, cover songs, etc.  Copyright infringementcarries serious penalties.

In general, agreeing to song splits (who wrote what) after a song is a hit is a costly process that rarely results in agreement. This can be easily avoided by reaching a formal agreement at the start. 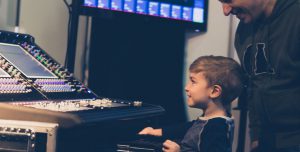 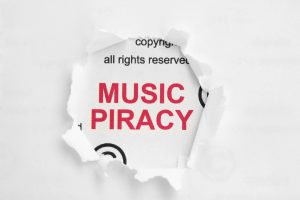 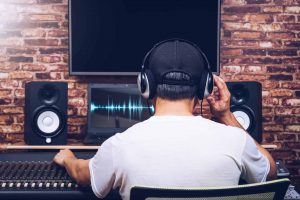