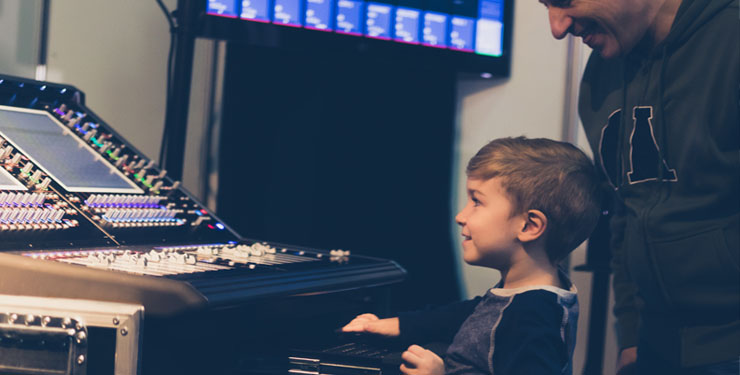 It seems like everyone and their husband are music producers these days. Since there’s no accrediting bodies for music producers, mix engineers, or recordings studios (which means certificates of training are not required), unfortunately for all of us, it’s perfectly okay to go around claiming you are one even when you lack the expertise and experience. Unlike other professional fields (e.g. lawyers or doctors) that need to be accredited and certified, working in the music industry requires nothing of that sort. The challenge is figuring out where to invest your money.

I get at least one new artist client a month that comes to my studio after feeling like they were scammed by previous producers they worked with. Unfortunately, getting a bad result isn’t considered a scam and there’s no recourse.
The only thing you can do is learn how to protect yourself and make smarter choices in picking the right person or studio for your needs.

Here’s some tips to help you filter out who you should work with based on my own past experiences, as well as, artists telling what they’ve experienced:

Make sure that the producer, engineer or a recording studio you’re looking into putting time and money into has a nice website that includes information you need to properly evaluate their skill level ( e.g. their previous clients, samples of their work, etc.). Anyone who takes their profession seriously will generally have a website unless their reputation alone is enough.

2. Listen to Their Previous Work

I am just shocked how many artists tell me they worked with producers or engineers without actually listening to any of their previous releases first. This happens because people sometimes simply fall for appealing personalities or basic selling techniques. Before you do commit to anything, listen to their previous work and see if you like what they do. Try listening on a good audio system to make sure the mix is properly balanced because sometimes headphones or smartphones speakers won’t reveal the full picture, especially when it comes to mixes. Some mixes can sound good on headphones or smartphones, but won’t sound as good in a system that has low end.
Also, don’t forget to ask them if they did all the work themselves. Some producers will add tracks they produced to their website, but don’t note that they didn’t mix those same tracks. If you want them to produce, but not mix, that’s one thing, but don’t expect them to mix the song as well unless you know they did all the production recording and mixing in their own studio.

3. Look Who They Worked With in the Past

Read the bio that’s on their website and see if they have worked with legitimate artists or companies.
I know everyone wants to work with a big-name producer or producers that have worked with big names like Sia or Rihanna, but these people are very expensive and usually don’t work with new, unsigned artists. Even if they fall in love with your potential and are open to investing their time in a new artist, you’re generally looking at large amounts of producer advances, it’s not uncommon to see $10,000 a song. As a new artist, you truly don’t need to spend that type of cash. Look for producers that are currently working with smaller artists, artists that have talent and credibility e.g. some talented producers might be working with YouTube stars, or they might be licensing original music for Netflix content or TV commercials. Basically look for legitimate credentials, and you’ll be surprised how easy it is to find affordable, talented producers that have industry credentials and experience.

4. Make Sure Their Music and Credentials Are Real

It might be a shock to you, but some people lie! (yes really)
They can list tracks they didn’t produce or record on their website and add fake credentials that are hard to check. Do your homework: Google is your friend here, so take the time and try to find out as much as you can about anyone you’re considering working with.

5.Talk to Previous Artists They Worked With

First of all, make sure the work on their website is credited to the artists they are working with. If the artists are good, they will want their name on the release. Try contacting the artists directly and ask them about the producer. Artists that have had a positive experience with working with the producer generally won’t have any problems recommending them to you.

Recording studios often have Yelp or Google Reviews. You might be able to contact the reviewers directly and ask them about their experiences with the producer you’re interested in.
A note on online reviews – don’t rely 100% on them, as they can be easily faked. They can be a good research starting point, however.

7. Set up a Meeting with the Producer and Check Out Where They Work

It doesn’t need to be an amazing 500ft recording studio, but make sure they’re not a 16 years old kid working from his/her bedroom in his/her parents’ house. Make sure the producer has a proper acoustic environment. It’s good to check to see if the producer has some general knowledge when it comes to publishing, master rights, and royalties/revenue streams. Experienced producers that has been part of the industry for even a short time will have that knowledge.

8. Don’t Be Charmed Into a Scam

This one is a big one just because I see that it happens to a lot of artists.
Let me start with a question:
Let’s assume you have 2 producers to pick from. Producer A has worked with some pretty big names – Sia, Justin Bieber, Beyoncé etc. but you get immediate vibes that you’re dealing with a total douche. In fact, let’s say this big-shot producer told you your music kinda sucks, but they are willing to work with you to make it better. Producer B has no credentials, you can’t find his music anywhere online, he doesn’t appear to have a website, but he can’t stop telling you how great your music is and how amazing you are going to sound after you he produces you. Let’s also say he is also only 50% of the cost of Producer A. Producer B also tells you he has a lot of connections with certain labels and wants to push your career forward. As a bonus, Producer B happens to also be young, good looking, and a super positive charismatic guy.
Assuming you can afford both options, who are you going to pick? I admit, this is a bit of a tricky question, and I’ll explain why in a second, but if you picked Producer B, you can stop reading now because you didn’t learn anything : )
You might be thinking Producer A just wants your money, and that they aren’t going to invest the amount of time and energy in your project, and unfortunately you might be right. I have artist clients that came to me after working with well-known producers that delivered crappy productions, but 95% of the time this will not be the case. There is zero chance the Producer B type will get you anything near a result that is going to be competitive enough in today’s music marketplace.
Luckily for us, there’s more than these 2 types of producers and engineers to choose from, and there are credited producers out there that won’t treat you like you are nothing.

9. Learn How to Deal With Criticism

The reason you are going to a music producer in the first place is because you want your music to sound better and ready for commercial release (e.g. radio, streaming services, music licensing, label showcasing). If the track was already amazing as-is, you wouldn’t need a producer.
Don’t be offended if the music producer spoke his/her mind and told you how to improve your song. If you don’t have the tolerance to take criticism and become better, you have no chance of having a career in music.
I will claim that if a producer only tells you how great everything you are doing is and has nothing he/she thinks can be improved, you will never get a good result from that producer.

10. Don’t Pay Everything in Advance

In order to protect yourself, make sure you don’t pay everything in advance. Half up front, the remaining half when the final recording is delivered is a good standard to work with.

11.Beware of “Too Good to Be True” Promises

Music Producers are music producers, most are not A&R or label employees. Their job is to get you a commercially viable track that can either get you noticed or be exploited for commercial gain. Of course, some of them do have friends in the business, but I’ve learned that promising artists that their music is going to be heard by major labels like Universal or Atlantic is 99% of the time is a scam. If your music is good, producers that have connections will likely solicit your work because it’s also their production as well. I always send good productions to the people I know, but I never promise ahead that I will, because sometimes I don’t. Anyone that can promise that up front without hearing the final track is either a liar or doesn’t have nearly the reputation in the industry they think they do.

If your goal is to get noticed by potential partners like a recording label, you generally need to have a big following, maybe social media traction or a strong tour history. A well-produced track is just a part of a bigger puzzle on your way to success. Thinking one track alone will get you to “discovered” is the wrong approach and has the potential to undermine all the additional hard work you should be putting into your artistic career. No one is going to look your way before you have a good body of work out there, including good branding/artwork and a sense of what you want to say as an artist. Beware of promises of shortcuts. 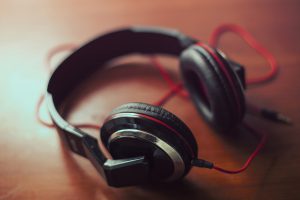 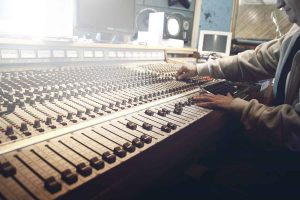 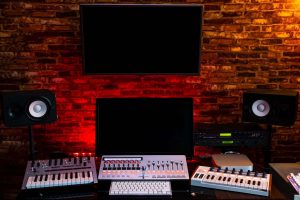 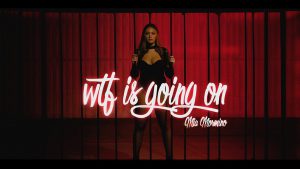